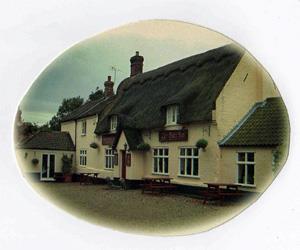 Skeyton Goat Inn
There have been several BUCK families living in Trunch and I think they can all be traced back to a Thomas BUCK who lived in Skeyton in the mid 1700s. He had two sons, Richard and Robert whose descendents  went on to live in Trunch.

Richard BUCK (1783 - 1869) was a carpenter in Skeyton, married 3 times, and had several children but it was his son Benjamin who moved to Trunch and became the village postmaster. 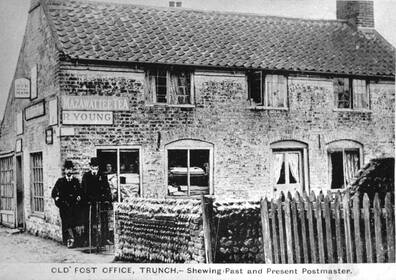 Benjamin BUCK (1819-1907) was also a carpenter in Skeyton in 1841 but after he married a Trunch girl,  Elizabeth Alice Cooper in 1844, he moved to Trunch and eventually took over the shop and post office. He did well enough to obtain the freehold and to buy other property in the village. The newspapers have several entries where either he was suing others for non-payment etc. or others were suing him but it is also recorded that he lent a barn for the Primitive Methodists Sunday School anniversary and this was a report from 1894 "Respected postmaster Benjamin Buck entertained 73 village children to an excellent tea to commemorate his golden wedding."  I think he might be the gentleman on the right with the white beard in the photo above.
Benjamin and Elizabeth had two children - Virtue and George Miles. George was a shopkeeper like his father and had two children with his first wife Leonora. However she died aged only 30 and he seems to have had 3 further marriages, ending up in 1911 as a confectioner in Bournemouth, but still owning property in Trunch. Virtue married the local farmer Henry Bugden May in 1871. 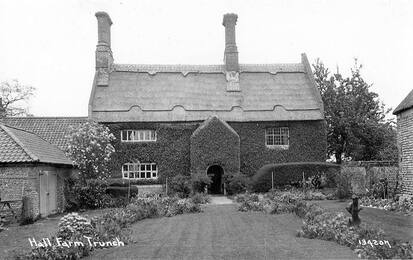 The other son of the Skeyton Thomas was Robert BUCK (1770-1831) who was a weaver in Skeyton and his son Charles was a cordwainer (shoe maker). Charles had a son Robert George (1842 -1929) who married Sarah Ann Clarke of Trunch. Her parents had farmed at Hall Farm for many years and when Mrs. Clarke died Robert took over the running of Hall Farm. 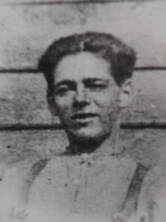 Sidney Buck
In more recent times Sidney Walter BUCK lived at Cosy Nook on Chapel Road until his death in 1992. His father was Fred from Swanton Abbott and his grandfather William from Skeyton. His great grandfather was a Robert from Skeyton and he was undoubtedly of the Skeyton family but he could have been the son of Robert the weaver, above, or of Robert's sister Mary as 2 Roberts were born in 1805 and 1807 in Skeyton.

Sid served in World War One, worked as a farm labourer and lived in a red converted railway carriage.
Click here for more information
And here for family trees and census