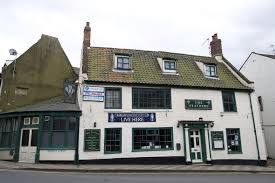 Feathers North Walsham
The LEGOODs only appear in a few of the Trunch censuses but they are found in other records and two of them are buried in the churchyard. One of the families came from North Walsham. James Legood (1749-1840) married Sarah Burston in 1777 and this led to Burston being used as a Christian name which makes tracing family members a bit easier. James owned several properties and farmland in Trunch in 1839. His eldest son Thomas Burston (1779-1848) went to London, married Elizabeth Harris and they had several children in Pimlico. By 1827 they were back in North Walsham where Thomas owned many properties and was the Landlord of The Feathers pub until 1841. 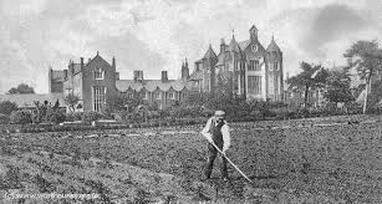 Aylsham Workhouse
However things seemed to go downhill for one member of this family after Thomas Burston died in 1848. His will left everything to his wife and after she died in 1852 the assets were divided equally between his 5 children. The eldest -  Thomas Burston stayed living in London, working as a postman and shop keeper. The 3 daughters all got married but it was James Joseph (1816-1893), the second son, who came to a sorry end. He trained as a tailor and was living in Trunch with his mother in 1851. He married a widow, Maria Pestell in 1852 and lived with her in Aylsham. However after she died in 1875 he was sent to prison for 3 months for obtaining money on false pretences, and by 1881 we find him in the Aylsham Workhouse until his death in 1893. 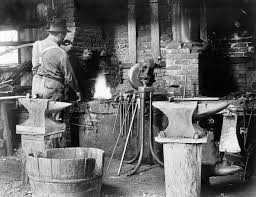 The other Legood family in Trunch was that of George Robert (1868-1942) He was in Trunch in 1911 working as a blacksmith and living with a housekeeper Phoebe Dorling and 2 young girls Edith aged 2 and Helen under a year. When I traced him back it showed that he was born in Bedingham, south of Norwich, and his father was also a blacksmith. George had married Ellen Tyrrell in 1890 and had 4 children with her. I wondered where they all were in 1911 and found that they were with their mother Ellen in Lowestoft where she kept a boarding house. Fast forward to 1939 and George is married to Phoebe (nee Dorling) and has a 20 year old son and another child whose record was closed (still alive). So far I have not been able to find a record of this marriage. Meanwhile in 1939 Ellen was living in Lowestoft with her eldest son, his wife and a grandson; still using the name Legood and stating that she was married, so maybe they never divorced.
If you have any questions or more information please contact me.