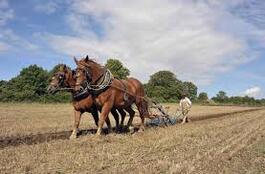 At one time there were two large families of PITTs living in Trunch.  It began when James (1781-1871) from Gimingham married Elizabeth PIKE from Trunch and they then settled here. When they were in Trunch all of the men and boys worked as agricultural labourers and several members of the family lived to very good ages as James did. His son Godfrey (1810-1897) and his grandson John (1841-1928) also had very large families and John's Golden Wedding was reported in the newspapers, as the family with 10 children had all survived on the low wages of an agricultural labourer.

In more recent times members of the family moved away from Trunch, some to other Norfolk villages for agricultural work while others went further away. Walter (1870-1949)  married Florence from Birmingham and then worked as a railway guard in London and Essex. Arthur (1876-1954) became a police constable in the City of London and in 1918 he was awarded the Freedom of the City of London after being nominated by two other freemen. His sister Eliza (1874-1962) never married and spent her working life as a cook in wealthy households in Surrey, London and Poole in Dorset. Rosa also worked in service in Hampshire and London and possibly died single in Surrey, while other sisters married and lived in Kent, Surrey and Norfolk. 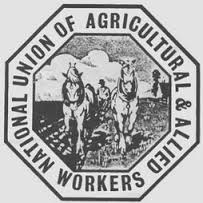 Godfrey's daughter Amelia had an interesting link with Trunch history, in that she married John HARVEY in 1873 and their son Herbert HARVEY was the secretary of the Trunch branch of the Agricultural Workers Union for over 30 years. He was involved in the early days of the Union in 1910 when the men went on strike after being required to work longer days for no extra pay. In his autobiography George Edwards the union leader praised the Trunch men and their resolution and goes on to say that Mr. Harvey became a member of Norfolk County Council and a Justice of the Peace.
If you know any more about the PITTS of Trunch please contact me.