Members of the PRIMROSE family have been living in Trunch and surrounding villages since medieval times, although there have been several variations in the spelling of the name.  They have been farmers and property owners and are so famous in Trunch that a road is named after them.

The PRIMROSE family line
I think that this can be traced back to Thomas Primrose who paid the hearth tax in Trunch in 1664 and died in 1680, leaving a will. He had married Margaret BATES in 1639 and they had 3 sons - John, Richard and William. Richard (1644-1708) married an Elizabeth and they had at least 6 children, 3 of whom were still alive at the time of Richard's will. He was obviously a wealthy man with property in Trunch, Bradfield, Swafield, Knapton and North Walsham and he had a butchery business as well as farming. I think his sons moved away from Trunch and it was Richard's brother William (1650-1727) who began the long line of Williams who prospered in Trunch. William married Sarah PITMAN in 1691 in Mautby near Great Yarmouth and it looks as though they had 4 children but with only the eldest, William, surviving infancy. This William (1692-1758) married Ann WORTS in 1727 in Mundesley, an example of how the influential families in the area became linked through marriage. They had 3 children including a William (1728-1767) and he married a Frances possibly from Sidestrand as that is where their first three children were born. One of those was another William (1756-1832) and shortly after his birth they were living in Trunch.  Michael and Wendy Bird credit this William with starting the Trunch Brewery in 1803. He married Ann MASON in 1791 and they had 3 children including the William below who termed himself "the senior".

William Primrose Senior (1796-1882) appeared on the Electoral register for Trunch from 1832, holding Freehold land and property. He married Harriet CREMER and they had 14 children. In 1851 William was farming 660 acres and employing 42 workers, describing himself as a landed proprietor, brewer and farmer. He also supplied bricks for the Gimingham workhouse. Newspaper reports describe the property and luxury possessions that the family owned and also their acts of charity for villagers.

Living in Ivy Farmhouse and the White House the properties were large enough to entertain visitors and employ several servants. Over the years some of the land was given to the sons to farm and another son took over the Brewery. Son James was interesting though as he trained as a solicitor, went to London and stated in a census that he was "living on a small income from father".
William Primrose Junior (1821-1888) became a major farmer in Trunch alongside his father until they both died in the 1880s. He married Ann Hayn and they had 5 children but eventually both of the boys moved away, William Hayn farmed in Felmingham and Banningham, while Walter farmed and lived in Ivy Farmhouse until 1897, when he disappears from the records until his death in Kirby Kane in 1924 aged 56. 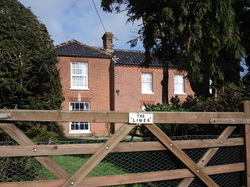 The Limes
Two of William Junior's brothers also became farmers. Henry ran a farm in Gimingham, while retaining property in Trunch and Alfred lived in the Limes in Chapel Road and farmed until his death in 1895. By 1911 the only remaining Primroses living in Trunch were Alfred's widow and his two sons.

The last surviving child of William Senior was Elizabeth who never married and died aged 84 in 1915.

In 1939 Alfred's son Frederick William, a caretaker, and his wife Lily lived in Chapel Road. 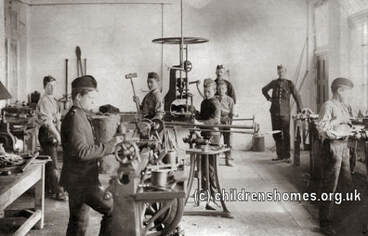 The Gordon Boys Home
One of the family seems to have had some problems. Henry (1853-1931) the son of the Gimingham farmer, had taken over the White House Farm in 1891 and he was married with 4 young children but in 1895 he sold the farm stock "as he was leaving" and by 1901 the family were scattered with Henry working on the trams in Norwich, and his wife a cook in Kensington. Their eldest son, aged 16, was training for the navy and the girls were farmed out but most shocking was the position of their 2 youngest sons who were both sent to The Gordon Boys Home in Chobham in Surrey.  This was a school for destitute boys and they were called "inmates" on the census returns. It seems amazing that any members of this wealthy family could end up there. While Henry died in Norwich, the children and their mother lived out their lives in London and the south of England.

Click here for more information about the Primrose families

If you have any more information or photographs relating to the Trunch Primroses please contact me.