This family illustrate why researching family history can be so difficult. The family in Trunch originally used the surname Barnes, but it was then changed to Barnett and then Burnett and this change is commented upon in the parish records, to confirm that it is indeed the same family.

There were some "Barnes" in Trunch in the 16th. Century but the main branch began in 1842 when Thomas Barnes from Southrepps married Mary Ann Newland from Trunch. They had a large family and two of their sons - George and Henry also went on to have large families in Trunch. As with most people the men of the families worked on the land as agricultural labourers or horse men. The women were usually domestic servants before they married but a Laura Burnett was working in the school in the 1880s.

At least 3 of the family served in WW1 and Arthur and Thomas were killed in combat. See War Memorial

Other members of the family moved away from Trunch.  Henry Thomas moved to Essex to work as a drayman in a brewery and Frederick emigrated to Ontario in Canada in 1911. Back in Trunch the family took an active part in village life taking part in horticultural shows, Primitive Methodist events, and village sports. 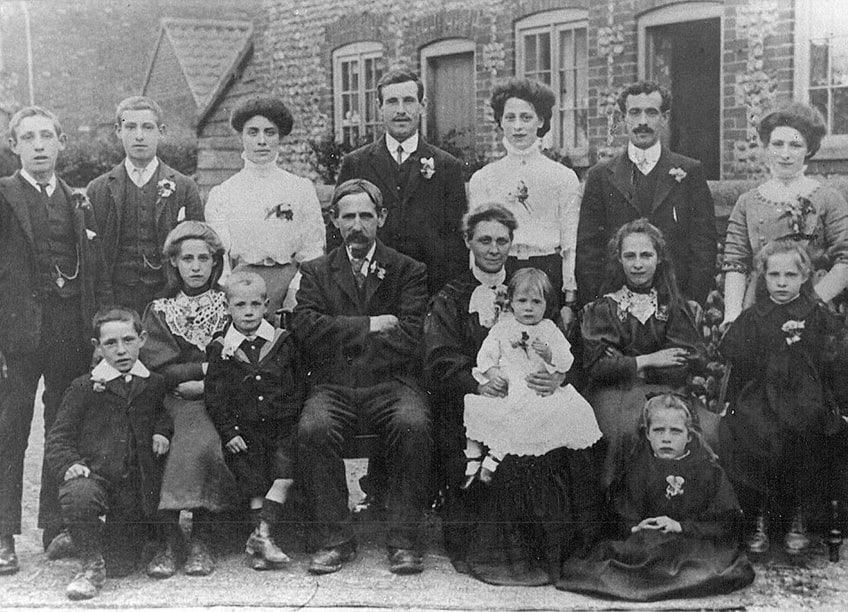 Click here for more details about the Burnetts  Family tree

If you have any more information please contact me