The name ALLISON is believed to have developed from certain Christian names, probably Allen, but also Ellis, Alex or Alice.

Many Allisons have lived in Trunch, with various successes and difficulties in their lives. Some of them spent time in the Workhouse and several of them left Norfolk for a better life elsewhere. The earliest I have found is John Allison who married Mary Jimson in Trunch in 1688. Then there were some families in the 1700s - Edmund and Diana, and Thomas and Sarah. The family tree can then be followed through the 19th. Century via three generations of Isaacs to John (1836 - 1892), who had a family of 13 with Sarah Anne, although several of the children died at birth. Sarah's birthplace is interesting - sometimes given as Birmingham instead of Banningham.
After Isaac died in 1847 , his sons, William and John spent time in the Workhouse at Gimingham and in 1861 Elizabeth was in the West Beckham Workhouse, after her father had died, and before she married Josiah Riches. 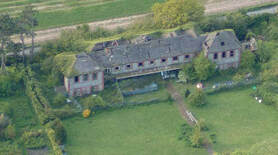 Some of the Allisons struggled at school in the 1880s and 90s. There are several references to absences caused by illness and in 1882 John tried to remove his son William, aged 11,  from school to help with farm work, but he was told that is was illegal. 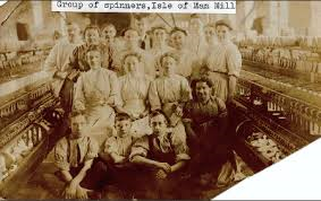 Cotton Mill
Most of the Allisons worked on the land but there were one or two exceptions, with John (1836-1892) working as a butcher and William, his son, as a blacksmith and later in the 19th. Century several members of the family moved away from Norfolk for work. In 1861, Sarah, aged 22, was working in a cotton factory in Lancashire, in 1901 Alfred, aged 16, was a coal miner in Northumberland and in 1911 Harry was a furnace man in Wallsend, while Robert was a building plant foreman in Yorkshire. 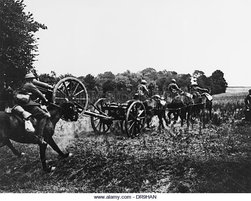 Royal Horse Artillery
Some of the family joined the military. One of them was Robert Thomas who was in Gibralter with the navy in 1901. Herbert Sidney joined the Royal Horse and Field Artillery in 1908 and travelled to India, France and Egypt. He was said to be "A very good driver, looks after his horses extremely well, very hard working". Unfortunately Henry John lost his life in WW1 in 1917.
Click here for my more detailed records of the ALLISONS and if you have any information or photos that you are willing to share, please contact me.