The Masons are an interesting family in Trunch because there were a lot of them early on, then none in the 1800s, but a new branch started in the 1900s.

The earliest I have found is Elizabeth Mason who was born in 1559. Also in that year Bertrand Mason married Alice Bradfield and they had 4 children. Alice Mason, a widow, paid the subsidy tax in 1597, so she must have been quite wealthy. Several more families occur in the 1600s and William Mason paid the hearth tax in 1664. In 1724 John Mason married Sarah Housego and they had 14 children. One of their children, Henry, is buried in Trunch churchyard. The inscription shows that he died at the young age of 30 but his wife Ann went on to live until she was 83. Her will of 1811 shows that their daughter Ann married William Primrose who was a farmer and major landowner in Trunch and the surrounding area.

Then there is a gap in my records and there are no Masons in the Trunch census until 1911. Then a James David Mason appears, aged 41, living with his wife and son in Brewery Road and working on a farm as a horseman. He had actually been eligible to vote in Trunch since 1907. He was born in Tunstead, a village a few miles away, where there were many "Masons" but I wonder if he had any Trunch connections as he came back here to live. 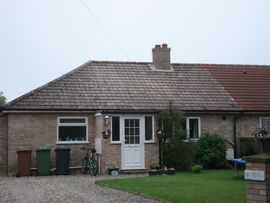 Miss Mason's house
James' son Alfred was also born in Tunstead in 1896 but in 1911 he was working as a bootmaker's' apprentice in Trunch. This makes me think that he was the father of Miss Mason who lived in the house (right) in Chapel Road in the late 1900s as I was told that a shed there (now demolished) was her father's shoe workshop. 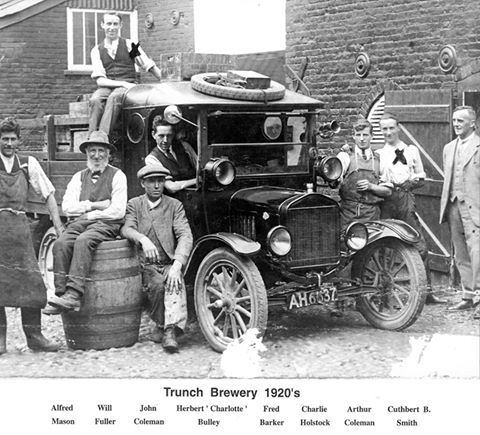 Alfred Mason is on the far left of this picture.

If you have any more information of photos about the Masons of Trunch, please contact me.