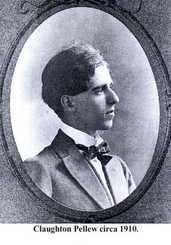 It is not very well known that a brilliant 20th. Century artist and his wife had some strong links with Trunch. The man in question was Claughton Pellew. He was born in Cornwall but spent the early years of his life in Canada, where his father was a mining engineer. After returning to England for his secondary education, the family lived in London, but Claughton would not join his father's business as a mining consultant; instead he studied  at the Slade School of Art. As a young man he travelled to Italy and converetd to Catholicism. He was described as being shy and sensitive.
When World War One came he declared himself to be a pacifist and conscientious objector and refused to serve, even as a war artist. So he was interned in a work camp in Scotland and then in Dartmoor. When the war ended he married Kechie Tennent, who had been a fellow art student at the Slade and they decided to live a quiet life in North Norfolk, with some holidays in Cornwall and Bavaria. 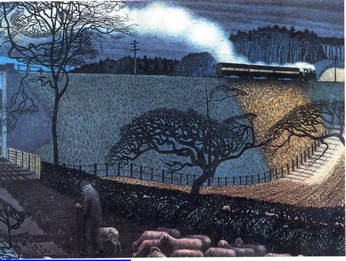 The Train 1920
Their first Norfolk home was in Overstrand with a view over the old railway line, as Pellew depicted in the watercolour on the right. He loved the twisted trees and the peaceful agricultural scenes. In the early 1920s Pellew turned to making wood engravings and he became extremely skilled in producing very detailed black and white prints from these. In 1926 the Pellews bought an isolated triangular piece of land between Trunch and Southrepps and designed and built a house on it, called The Pightle. It is now named Wedgewood.
Two of Pellew's wood engravings were of Trunch. The Musical Beggar was made in 1928 and the Carol Singers in 1930. Both show clever use of light. 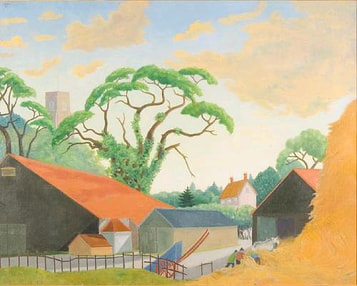 A Trunch farmyard
He also did this painting of Trunch in 1930.

However when World War Two came, some local people thought that Pellew was foreign, as he spoke German and received letters from friends in Germany. He was arrested at Gunton station on suspicion of being a spy and was held until he could prove otherwise. It is said that for a while the Trunch Home Guard used the Pightle as a base, because of its isolated, strategic position and the fact that it had a telephone. One website also suggests that from 1939-41 the Pellews rented out the Pightle and lived in Sheringham to save money.
Nearly all of Kechie's paintings were water colours. Several of the 1920s ones were of Bavarian scenes and there is a gap in her work from 1933 to 1950, when she was looking after her adopted niece - Ann Tennent. Several of her later works were of local scenes such as those below.

Click here for a further selection of their work. Pellew & Tennent

Claughton and Kechie are both buried in Gimingham churchyard. It is known that they had friends in Trunch and gave art works as gifts to them, so if you know any more about Claughton Pellew or Kechie Tennent, please contact me. 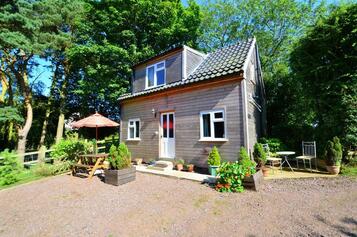 The Pellews' studio in Southrepps has been converted into a small holiday let.