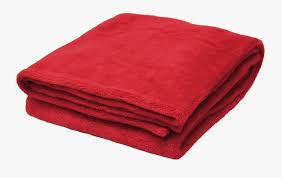 There is a long history of charity giving in Trunch. Several wills include bequests for "the poor" although it has to be said that most of the sums are very small compared with other legacies. In 1547 William Bolte left money for the poor of Trunch, Cromer and Great Britain while in 1652 Robert Worts said that all poor people who came to his funeral should be given two pence each and Thomas Woorts left money to the church. Richard Worts in 1645 left money to the "poor people"  of Trunch, Gimingham, Swafield, Knapton, Southrepps and Mundesley to be distributed at the discretion of his executor. One of the most famous legacies was from William Worts in 1694 when his will states that "I give to 4 widows or poor women in Trunch once in two years at the discretion of the overseers which of the poor have most need four yards of red blanket to every one to make them a suit". 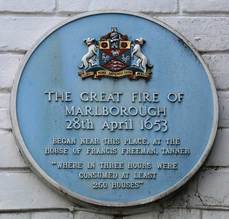 Another early charity reference that I have found is that for 1653 when Richard Woorts and Robert Harmer collected money for "the relief of the poor people of Marleborough". This was part of a National appeal after a fire in the town in Wiltshire, which destroyed the Guildhall, a church, the County Armoury and over 200, mostly thatched, houses.

The book "An Historical Atlas of Norfolk" has a parish workhouse marked in Trunch between 1776 and 1803 and 2 fields were called Workhouse Piece.  The Rector William Rees also recorded that there were two tenements called the Town House belonging to the Parish which were occupied by paupers. 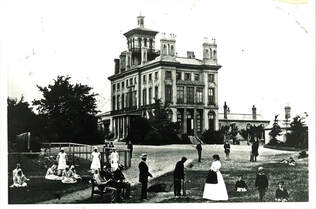 County Asylum in Colchester
Later charity collections were recorded in local newspapers and these included collections for the Norfolk & Norwich Hospital (1777 and 1879), French refugee clergy (1793), and the distressed Irish (1822).  The more wealthy residents gave to specific appeals - William Primrose and the Reverend Rees both donated a guinea for the widow and 8 children of a North Walsham surgeon in 1820 and the farmer Thomas Bidwell gave money to the County Asylum for Idiots in Colchester in 1876.

Local disasters led to appeals in the village; for example over £20 was collected for the orphaned daughter of William Bane, who died in the well collapse of 1904. Some of the wealthy land owners also gave to the villagers from time to time; Miss Johnson gave all of the children an orange in 1892 & 94, and Arthur Greenhill gave villagers coals in December 1906.  Local land owners have also always made land available for village events - fetes, competitions etc. up until the present day.
The records also reveal a spirit of self-help in the village, particularly in the way that the Village Hall was bulit and funded by individual donations and many fund-raising events in the early 20th. Century. More recently the Open Gardens and Scarecrow events since 2007 have raised thousands of pounds which the Village Society has distributed to local groups. And in 2019 major fund-raising is going on to upgrade the Village Hall.

Click here for more details about charity in Trunch and if you have any more information please contact me.