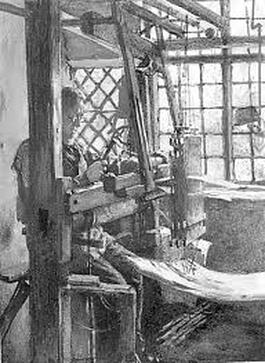 The GRYMES were wealthy families in North East Norfolk in the 16th, 17th, and 18th Centuries, living mainly in Trimingham, Gimingham, Knapton and Trunch.  At least two of the Trunch GRYMES were worsted weavers, so this may well have been the source of their wealth. A Robert GRYME and his son Thomas of Trunch are mentioned in local Manor papers in 1554 involved in buying property, so a long established family here. Arthur GRYME (1645-1710) was born in Gimingham to father Robert "gent" and Isabelle. He worked in Trunch as a weaver and had 4 children born here. When he died he left houses and lands in Trunch to his wife Mary. Thomas GRYME (1656 - 1719) was born in Trunch to father Thomas and mother Phillis. He married Frances Warner in Gimingham in 1705 and at the time of his death was working as a weaver in Trunch. Obviously quite wealthy he left sums of £10 each to his wife and two daughters, and other monies as well as "the brass pot and half the pewter" to his son, Thomas. 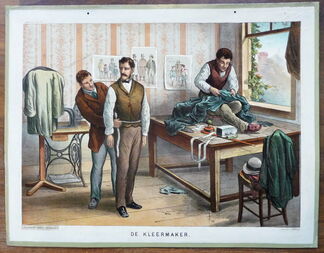 By the 19th Century very few GRYMES appear in the Trunch records but some GRIMES turn up in Trunch in the census. They turn out to be the children of Ann Townrow (a Trunch family) She had married William GRIME a grocer in Swanton Abbott, but he had died before 1838 when she married Owen AUSTIN and then she also died in 1844 leaving several children motherless. Her eldest son William GRIMES married and lived in Swanton Abbott working as a shopkeeper, labourer and sawyer. James GRIMES, who was living with his grandparents in Trunch until he married, trained as a shoemaker and lived and worked in Kings Lynn, while Thomas GRIMES who was in Trunch in 1841, trained as a tailor and lived and worked in Norwich.
I haven't been able to find a link between the Norfolk GRYMES and the GRIMES but it is interesting that Thomas GRIMES ended up in the textile trade. The GRIMES in Swanton Abbott were non-conformist Wesleyans and interestingly a newspaper cutting mentions an "A GRIMES" taking part in a celebration in the Primitive Methodist chapel in Trunch in 1888.

Click here for more details about these families  GRYMES