Bullimore is an unusual name in most of England but it is very common in this corner of Norfolk. Bullimores have been living in Trunch since at least 1678 when they first appear in the parish records. A Bullimore was on the militia list in 1765, Timothy is mentioned in a newspaper cutting of 1788 and Benjamin was an apprentice carpenter in 1807.  However most of the Bullimores who appear in the census returns after 1841 had come from Gimingham or Trimingham.
There are 3 Bullimores who stand out in the Trunch records - John the publican of the Crown Inn, William who farmed at Park Farm and John who was killed in World War One. 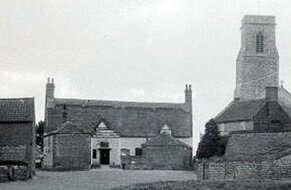 John (1822 - 1906) was born in Trimingham and was a fisherman. However later on he worked as a tile and brick maker and relatively late in life at the age of 42 he married Mary Ann Clipperton from Knapton and became the publican of the Crown Inn from 1874 to 1890. 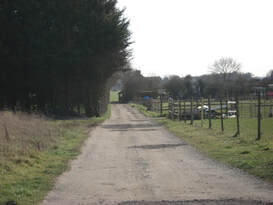 Park Farm, Trunch
William Sayer Bullimore (1856-1930) was a well known farmer in Trunch in the early 20th. Century. Arthur Amis, in his book of Trunch memories, recalls that William kept a herd of Red Poll cattle, supplied milk to Mundesley Sanatorium, and often won prizes for showing his cattle. He farmed at Park Farm from at least 1904 until after 1929.

William came from humble origins, being the son of John, an agricutural labourer, in Gimingham. He also worked as a labourer until about 1904 when he took over Park Farm. He had married Sarah Ann Rivett from Aylsham in 1878 and they had a daughter, Edith, in 1880. 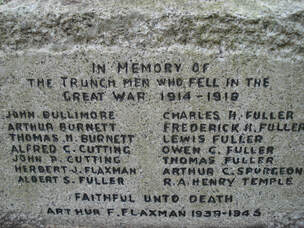 The John Bullimore on Trunch War memorial was born in Walcott in 1881 and was an infantry soldier at the Britannia Barracks in Norwich in 1901. He married Charlotte Matilda Allison from Trunch in 1902 and they had 2 children, Harriet and Herbert. In 1911 they were living in Fullers Yard in Church Street, behind Fuller's shop, and John was working as an agricultural labourer. He died in hospital from wounds received in the trenches in France in 1915. Two hundred people attended his memorial service.
If you have any questions or more information please contact me.
Click her for more details.
Click here for some family trees and census lists.