The Cornish family are one of the largest land owners in present day Trunch and their past family history is very interesting. Ezra is an unusual family name that makes tracing a bit easier. Ezra Ernest Charles CORNISH  was well known in the village in the late 20th. and early 21st. Centuries when he was known as Charles.
Charles CORNISH was born in 1928 and in 1939 he was living with his farmer father Ezra and his mother May in St. Johns, Yarmouth Road Great Ormesby St. Margaret, Blofield and Flegg in Norfolk. 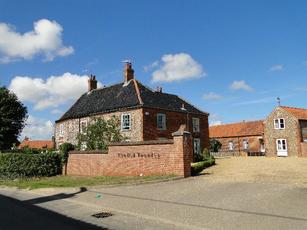 The Old Foundry in Great Walsingham
The first Cornish that I have found in his line is Henry CORNISH who in the 1841 census was a blacksmith in Great Walsingham. He was born in Wilby in Suffolk and his wife Mary came from Huntingdon in Cambridgeshire. By 1851 he was still in Walsingham but described himself as a master agricultural implement maker employing 15 men and 6 apprentices. His sons were a carpenter, an implement maker, a moulder of iron, an apprentice to an iron monger, and Ezra who at 18 was a blacksmith.

And it is Ezra who carries on this line. By 1861 he had his own foundry near the church in Saxthorpe. He had married Anna Reynolds the previous year and he was becoming very successful, employing 7 men and 2 boys and farming 32 acres. This rose to 48 acres in 1871 and by 1881 he had moved to the Old Vicarage in Saxthorpe and was employing 23 men and boys. However he and his wife, who was 10 years older than him did not have any children and she died in 1888 aged 73. 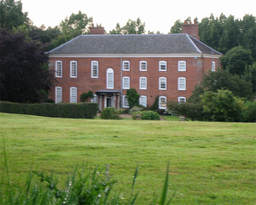 Irmingland Hall
Fortunately for this story Ezra got married again to Edith Ellen Southgate aged 29 and according to the Eastern Daily Press when he brought her home to Irmingland Hall, where he was then living, there were guns fired at the station, flags flying and cheering school children.

Ezra and Edith had one child, Ezra born in 1892 and they were very protective of him, refusing to have him vaccinated as they had a conscientious objection to it. At this time Ezra was still an iron founder but also a lime and timber merchant as well as a farmer. In the 1890s Ezra started to buy land in Trunch and by 1911 he was one of the major landowners, owning both Brick Kiln and Manor Farms which were let out to tenants. By the time of the 1911 census Ezra and family had moved to St John's a 10-room house in Yarmouth Road, Great Ormesby St. Margaret in Norfolk and both Ezra and his 18 year old son were described as gentlemen of private means. 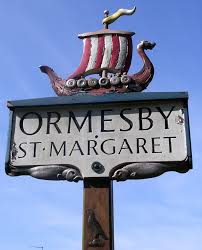 Ezra senior lived to the ripe old age of 97 and his son Ezra Charles married May Nicholson in 1928 and carried on living at St Johns in Ormesby and working as a gentleman farmer.  He died in 1972 still living in the same house and his estate was worth £88,676, so a wealthy man. His son Ezra Ernest Charles (photos above) had been born in 1928.

And if you have any more information please contact me.