There have been BUTTLES living in Trunch since before 1729 when Stephen and Elizabeth had a son Henry christened in the Church and there were several other families in the 1700s, probably all related.

A very sad story of the BUTTLES emerges through the census and parish records. John Buttle (born 1812) married Maria LEE and one of their children was William born in 1835. John himself died at the young age of 36 and his widow married Richard BULLEN who brought up the children.

William (1835-1863?)  worked as a thatcher's labourer and a brick maker and in his turn he married Maria COVELL. In 1860 William was convicted of bestiality with a mare and was sentenced to death, but the sentence was never carried out and in 1861 he was on the census in Trunch and in 1862 he was involved in a minor court case.  So far I have been unable to find out how he avoided prison and the only death I can find is in Yarmouth when a brickmaker, William Buttle, died aged 28 in 1863. However in January 1865 Maria stated that she was a widow when the banns were read for her marriage to Ezra Duncan (a local criminal) but the marriage never occured.  She was left with 6 young children and 1871 finds her in West Beckham Workhouse with 4 of William's children and an illegitimate son. Two other children from the workhouse had died.

The 2 eldest children however were living with their grandparents, who had moved from Worstead to Seaton Deleval in Northumberland and Robert aged 15 was working as a coalminer. Things looked up for Maria as in 1876 she married Hezekiah LAMBERT in Yorkshire. He was a widower from Croxton in Norfolk and I wonder whether they met in Norfolk or Yorkshire. The 1881 and 1891 census shows the combined families living in Keighley, Yorkshire, with Hezekiah and most of the children working in a woollen mill. 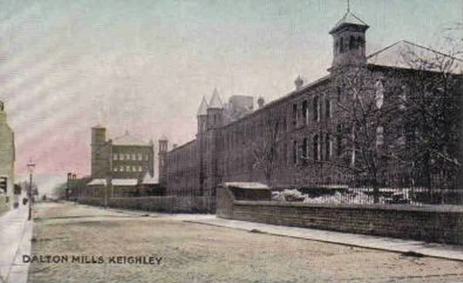 Hezekiah died in 1898 and rather sadly Maria, a widow for the second time, in 1901, gives her birth place as Beckham, whereas before it had always been Sco Ruston or similar.