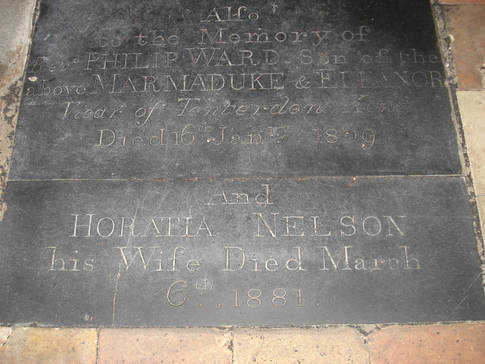 One of the memorials in the church is intriguing. It is for Horatia Nelson Ward who died in 1881. She was the illegitimate daughter of Lord Nelson and Lady Emma Hamilton.  She lived with her mother until her death and then with one of Nelson's family in Norfolk. She was described as tall, intelligent, well-read, a linguist, musical, an accomplished needlewoman and an animal- lover. 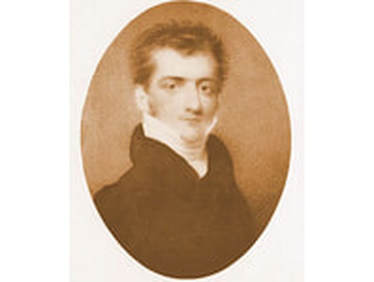 Philip Ward
The Trunch connection is that she married the Reverend Philip Ward who was born in Trunch on 1st. September 1795.  His father was Marmaduke Ward who was the parish clerk for many years. They lived in Trunch Hall on the Bradfield Road. Philip went to Winchester School and then Oxford and was described as a poet and a scholar.

Philip and Horatia married on Feb. 19th. 1822 in Burnham Westgate Church where he was the curate. Later they moved to other churches in Norfolk and had 6 children here before moving to Tenterden in Kent. Philip was vicar there for 28 years, although for much of the time he was engaged in costly disputes over tithes (the taxes paid to rectors). The couple had 4 more children. Philip died suddenly in 1859 and was buried in Tenterden.
After Philip's death, Horatia moved to Pinner to be near her son, Nelson, and when she died in 1881, she was buried in Pinner.
So Horatia is not actually buried in Trunch, the memorial stone was added to the Ward memorial after her death.

And Nelson himself may have visited Trunch when he was studying at the Paston School in North Walsham from 1768-1771.