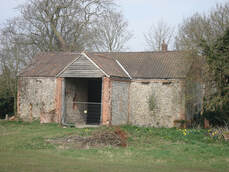 There are old farm buildings in Trunch that some people still refer to as "Bidwells". This is related to Thomas Bidwell and his son Thomas Blaxland Bidwell who lived in Trunch Hall on the Bradfield Road and farmed the surrounding 125 acres in the 19th. Century. 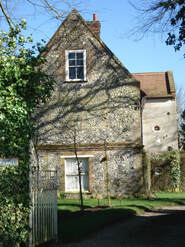 Trunch Hall
Thomas Bidwell (1773-1855) was born in Stanhoe, a little village in North West Norfolk, the son of a farmer. Newspaper reports suggest that his widowed mother moved to this area and that the family owned land and property in Antingham, Swafield and Trunch.

Thomas married twice, the second time to Elizabeth Blaxland from London and in 1851 they were living at Trunch Hall with 3 live-in servants. 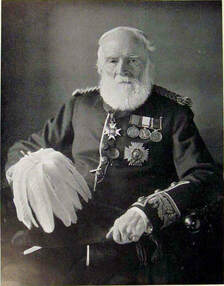 General Sir Anthony Blaxland Stransham
In the records at the Norfolk Record Office there is an 1827 letter from Anthony Blaxland Stransham in Malta to his mother in Trunch and another from Buenos Aires in 1838. Anthony was a famous naval commander who later became General Sir Anthony and led an attack on Canton in the Opium War of 1841. I wondered how his mother came to be in Trunch, as I didn't recognise the name. However it turned out that Anthony was born in Antingham and that his mother's maiden name was Bidwell. She was the sister of Thomas Bidwell above and as she was widowed  she was living with her brother in Trunch. She died in 1840. Interestingly Anthony's grandfather had married a Blaxland, as did Thomas above, suggesting that the families had been close for many years.
After Thomas died his son Thomas Blaxland (1822-1903) took over the farm in Trunch, after working as a merchant in London. The sale of the Hall contents after his father's death included mahogany furniture, Turkish carpets, sports and hunting equipment - a wealthy household. Thomas Blaxland married Frances Mary Prentice, a surgeon's daughter from North Walsham, in 1856 and they had one daughter - Frances Rosa. Thomas farmed in Trunch for over 40 years weathering the Cattle Plague of 1865 and after he retired in 1896 he went to live with his daughter and her husband who was a nurseryman in Cumbria.
Click here for more information.          And here for family trees 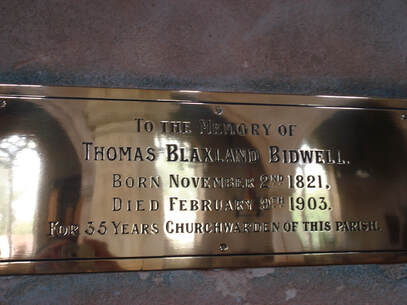