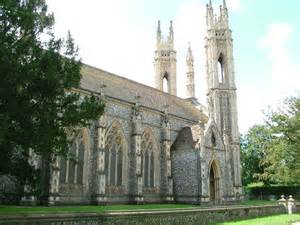 ​While on an outing to mid-Norfolk I came across an unusual link with Trunch. It was related to this church at Booton near Reepham 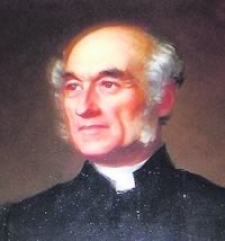 The church with these unusual arches and towers was built between 1876 and 1900 to a design by the Rector, Whitwell Elwin. He was an interesting man, having Pocahontas as one of his ancestors, went to Paston School in North Walsham and met Dickens, Thackery and Sir Walter Scott during his life. He took inspiration from Glastonbury Abbey for the west door above, and also from Italy and Egypt. 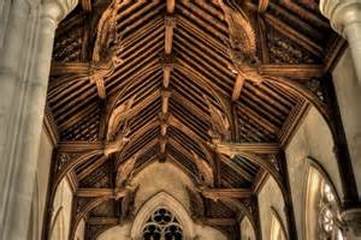 It is in the interior that Trunch is mentioned. The hammer beam roof with large angels is said to be based on the roof in Trunch Church which Elwin knew from his childhood. All of the windows have stained glass, many of them with young women playing musical instruments.