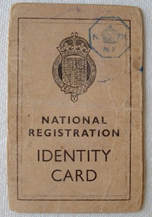 One of the notable features of the register is that very few of the  married women had paid jobs, but were listed as working in the home as housewives.  Exceptions were those helping husbands in businesses where they lived, and Lilian Tyler, a barmaid and Madeline Tyler who was a sweet packer in Maynards factory.   (I think this was in Haringay so she may have been visiting) The Tylers all lived in the Hall on Bradfield Road with Mr & Mrs Van Strassburger. A few of the unmarried women were working in domestic service and Patricia Roberts was the library van driver.

The vast majority of men in the village were still employed in agriculture and the farmers at that time were George Hicks at Brick Kiln Farm, Walter Gibbons in Chapel Road, Arthur May in the White House, Victor Larke at Millers Farm, Albert Cragg at Hall Farm, Edith Allen at Park Farm, Anna Riches at Dairy Farm, George Knights at the Tee and Alexander Clark at Manor Farm. In addition Fred Woods was the baliff of Dudley Farm and there were 2 market gardens. The farms at that time still used horses and cattle were still kept.

Eleven men were employed in the brewery and 4 in well-sinking. Among the other crafts still taking place in the village were boot repairing by Alfred Mason, brick making by Charles Mileham, carpentry by James Rumsby, and Albert Sutton was the blacksmith and Fred Gibbons the builder. There were also several shops in the village at that time. The more unusual occupations recorded were Roland Fuller as a scavenger, Ambose Reynolds as a stoker at the Mundesley Sanitorium and Ivan Sutton as a telegrams messenger.

Another feature of the register is the age of residents in Trunch. There were only 3 people over 80 - all women, which must be quite a contrast to today. 7 people were described as invalids or incapacitated. 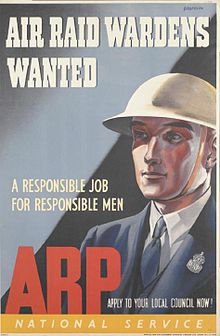