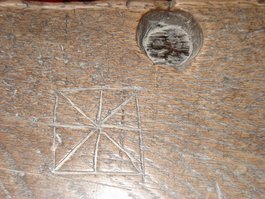 Scratches in church for a game

Although life for most people in the village in the Middle Ages was obviously very hard, there are a few clues about pastimes and leisure activities. On the choir stalls in the church there are scratched boards for Three Men's Morris, a simple strategy game. The shape at the top of the picture is an ink-well from the time when the church was used as a school. 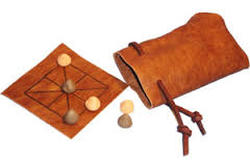 Three Men's Morris Game
The church itself was probably a centre for celebrations which included entertainments for a population who were mostly illiterate and there may have been a fair on the Saint Day of St. Botolph which is June 17th. There were also at least 2 guilds in Trunch - St Botolph and St Mary and these may have organised events for villagers.

The early manorial records of the Middle Ages mention poaching of game, which presumably were reared for hunting and in the reign of Henry VIII, Thomas Fuller was fined 6s 8d for bowling and card playing. It doesn't say why, but it could have been that he was playing on a Sunday, when only archery practice was allowed. 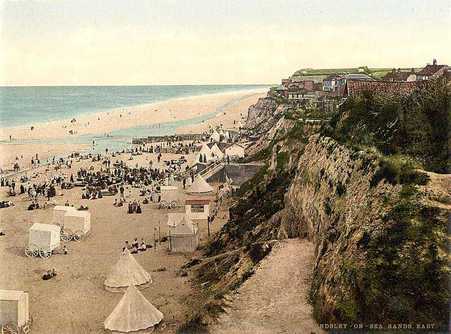 Mundesley on Sea
Later on both the Parish Church and the Chapels were important in the life of the village and organised outings for children, often to Mundesley. Public Houses, with some games, were available for adults and the countryside for children.

There would also have been special events such as fairs and village feasts. In 1814 "The inhabitants of Trunch testified their joy at the return of peace ....about 208 poor people sat down to dinner in the open air and were plentifully supplied with roast beef, plum puddings and good ale. In the course of the evening various rustic sports took place".

19th Century
Entertainers would also have visited the village and in 1822 Mr Lee Sugg's Novelties brought a ventriloquist for an evening performance. Also in the 1820s, Mr Steel, a dance teacher, was regularly visiting Trunch and later in  1869 there was a Church Choir treat that involved playing cricket, a concert and a magic lantern display.

At the end of the 19th Century Shrove Tuesday Sports were a special feature of Trunch life, when according to newspapers such celebrations had stopped in the rest of Norfolk, much to the annoyance of the school mistress, who thought the children should have been in school on that day. There was also a Trunch Horticultural Society in the 1880s and evening classes in carving and drawing and after the railway was built outings to Norwich and Yarmouth are recorded.

Wealthier families would have had different leisure activities with their libraries, gardens, and carriages for visits. There would also have been hunting and shooting parties. Harriers met at the Crown, gamekeepers are recorded in each census, Lord Suffield provided stags for hunting and a metal detector user has found a silver hunting whistle in a Trunch field. When Mrs Bidwell of Trunch Hall sold her household contents as she was moving in 1856, it was stated that in the Hall were "a pedometer, cricket bats, guns and pistols". There was also an organisation formed in 1852 called the Loyal Primrose Society, which seems to have been similar to a Masons Lodge, with most of the wealthy men belonging to it.

In the early 20th. Century there was a men's club in a low building on the Hill, where cards, dominoes and draughts were played. There was no room for billiards or snooker and this led to the decision to build the Village Hall in 1912. Since then the Hall has been the venue for many of the village's leisure activities. There was also a thriving Women's Institute of Trunch combined with Gimingham until 1965, when it was Trunch alone until 1993.
There is a lot more information available about pastimes after WW1. In the 1920s there were village fetes and hare-coursing and Trunch Rovers Football Club and The Mens Club were operating. By the 1930s there was a Girls Friendly Association, which lasted until the 1960s, and the New Inn had a Bowls Club. 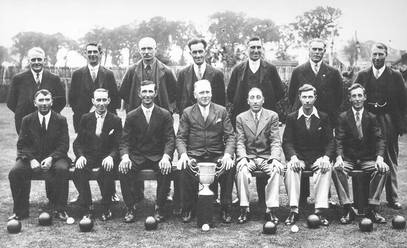 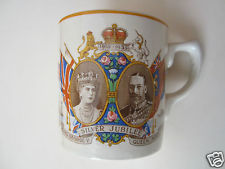 ​Special events were also celebrated, such as the 1935 Silver Jubilee of George V, when a fancy-dress parade was held in Mr. May's paddock.
​ 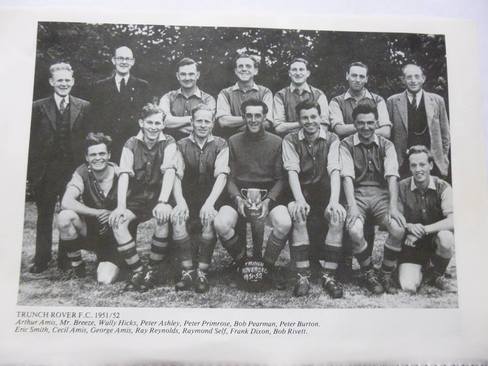 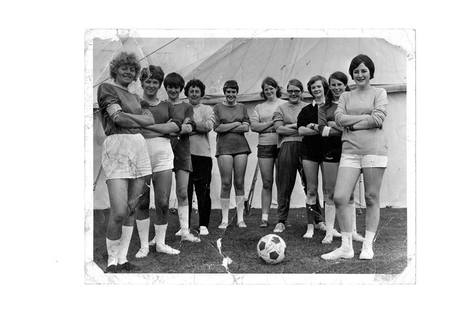 This photo of some lady footballers is believed to have been a 5-a-side match in North Walsham in 1969.

Some of the players are thought to be from Trunch. 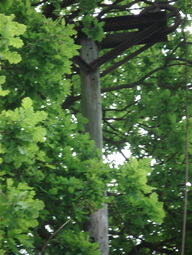 ​In the 1980s and 90s Trunch also had a Tug of War team and apparently this contraption at the top of a pole on the playing field was used for practice.
​
Times change and at the time of writing (2016) the old pavilion on the playing field is due for demolition.
Click here for more detail and some of the team sheets - Pastimes and if you have any more information or photos to share please contact me.